Soil compaction is an ever-increasing problem for the agricultural industry. Not only does it lower crop yields, it contributes to soil erosion, loss of nutrients into waterways, and even increases fuel consumption and loss of time.

The AAID control system is assembled and built in Canada with high-quality parts, and is designed for ISOBUS control, creating a standardized and compatible interface between the tractor and system.

All of our components carry a 1-year warranty. We stand behind our product and are here to help you from start to finish.

We now offer Lease-to-Own financing, available on 36-month and 60-month terms OAC through National Leasing. Fill out an application and Apply Now!

In 2008, Jake Kraayenbrink was inspired by Ed and Jamie Michel of Mildmay, Ontario, and a manure hauling study funded by the Ontario Ministry of Agriculture, Food and Rural Affairs with Greg Stewart and Sam Bradshaw. Jake learned that a manure tanker’s tire pressure changes the level of soil compaction, and from there an idea was born. Before creating his own device and company, Jake did some serious research with his collaborators. Inflating and deflating tires to handle heavier loads is a common practice in the trucking industry, but not something found in agriculture.

Shortly after the initial study with Greg and Sam, Jake coordinated a trip to Europe where European farmers have been adjusting their tire pressures for 15 to 20 years, with the goal to learn how this concept could be implemented on farms in North America. Their tour included Denmark, Holland, Germany, Belgium and France, where they visited two universities in and six manufacturers.

Upon returning home, the team investigated some Canadian built equipment designed for trucks, and found some opportunities to tailor a new system specifically for agriculture applications.

The Kraayenbrink’s, Steve Bailey (truck mechanic) of Teviotdale, Ontario and Maurice Veldhuis (Professional Engineer) of Drayton, Ontario developed an entirely new system, called Tire Pressure Adjustment system. The new system is capable of deflating tires in 25 seconds – less than a quarter of the time needed for other systems.

“We’re really excited about it,” says Jake. “And it’s all done without leaving the tractor seat.”

This example of Canadian grassroots innovation has not only caught the industry’s eye but also the governments. Jake was awarded the Premier’s Award for Agri-Food Innovation Excellence 2011.

AgriBrink has designed an ISOBUS (ISO11783) standard interface to facilitate communication with Virtual Terminals of various tractors globally. This was certified by the German-based Agriculture Electronics Industry Foundation on (AEF) at the Nebraska Tractor Test Laboratory. 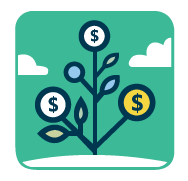 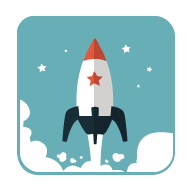 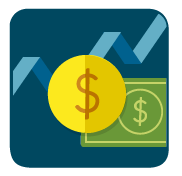